Our projects promote the social, economic and environmental sustainability.
Companies cannot avoid intervening to make this place better.
We have an obligation to take care of this world.

+ Che Olio coltiviamo Cultura This is the section that aims at the realization of social, economic and environmental sustainability projects.

We have inaugurated our first community garden of the town of Corigliano - Rossano, together with the “I Figli della Luna” cooperative, a community centre that hosts 16 disabled people.

This project aims to create a collaboration between our farm and the Cooperative in order to develop a common growth path.

Our motto is "Let’s grow TOGETHER" because we believe that together we can go very far. At the moment we plant tomatoes and peppers that are packaged and sold to finance the cooperative. 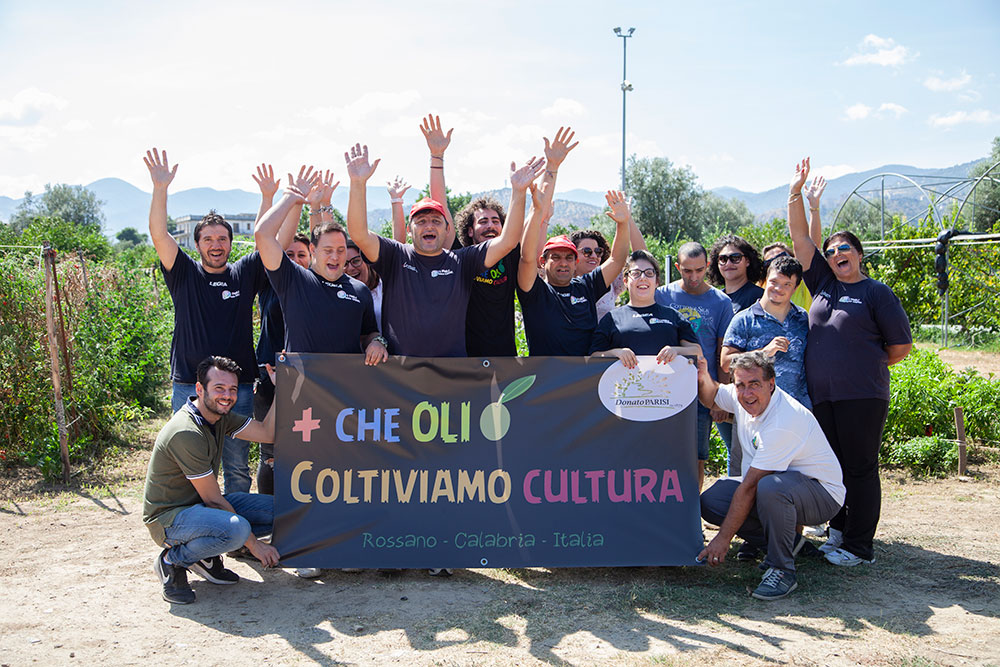 In 2017 we joined the project "Adotta un’aiuola"

in the town of Rossano (CS), with the adoption of two flowerbeds with the town skyline on top, placing among its main monuments the words "Dolce di Rossano", (a native olive variety of our territory). 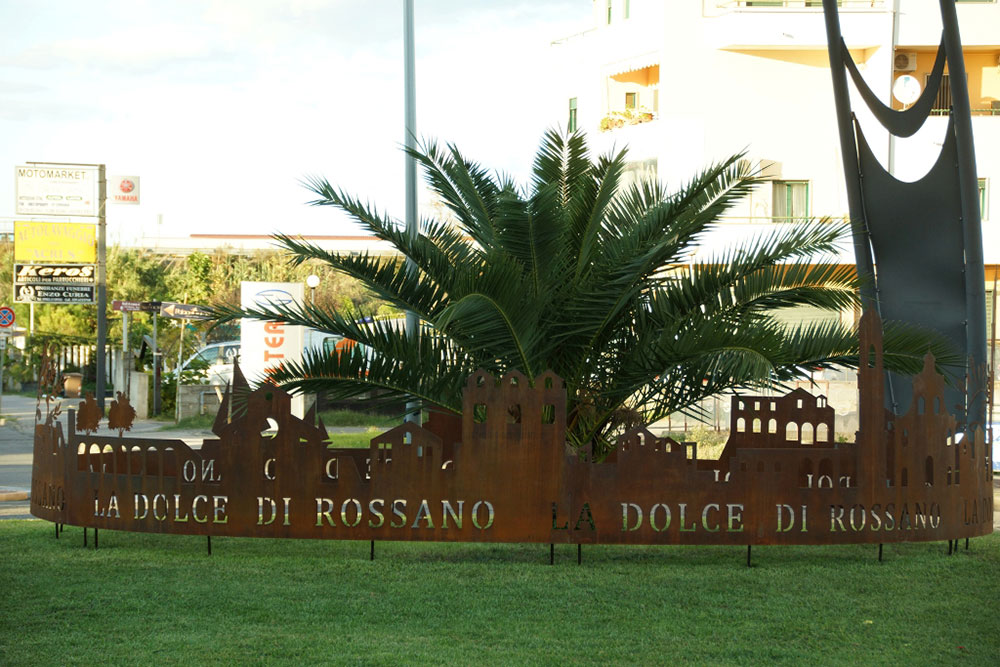 From 2018 we sponsor the Association "Insieme per Camminare", that is, the managing body of the "Museo Diocesano e del Codex", containing the sacred work called "Codex Purpureus Rossanensis".

The Codex Purpureus Rossanensis (Gregory-Aland: Σ or 042) is a Greek uncial manuscript from the 6th century, preserved in the “Museo diocesano e del Codex of Rossano” and containing a Gospel book with texts by Matteo and Marco. It is named "Purpureus" since its pages are reddish (in Latin purpureus) and contains a series of miniatures that make it one of the oldest manuscripts of the New Testament.

The Codex Rossanensis, together with the manuscripts Φ, N, and O, belongs to the group of the purple uncial manuscripts.
It is a gospel book in the Greek language of the year 550 approximately. It is composed of 188 parchments (31 x 26 cm) containing the Gospel according to Matthew and the Gospel according to Mark (the latter with the gap 16,14-20), and a letter from Eusebius of Caesarea. At the beginning it contained all four canonical gospels, as can be seen from the first miniature which contains the symbols of the four evangelists, and therefore had to contain about 400 sheets.
In 2015 the code was recognized as a "Memory of the World" by UNESCO.. 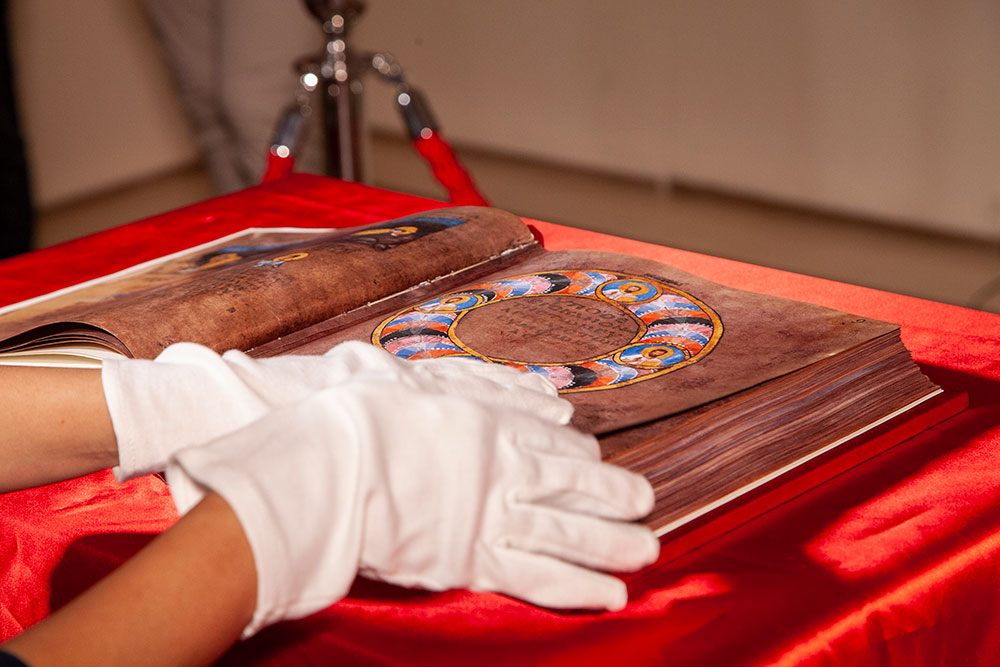